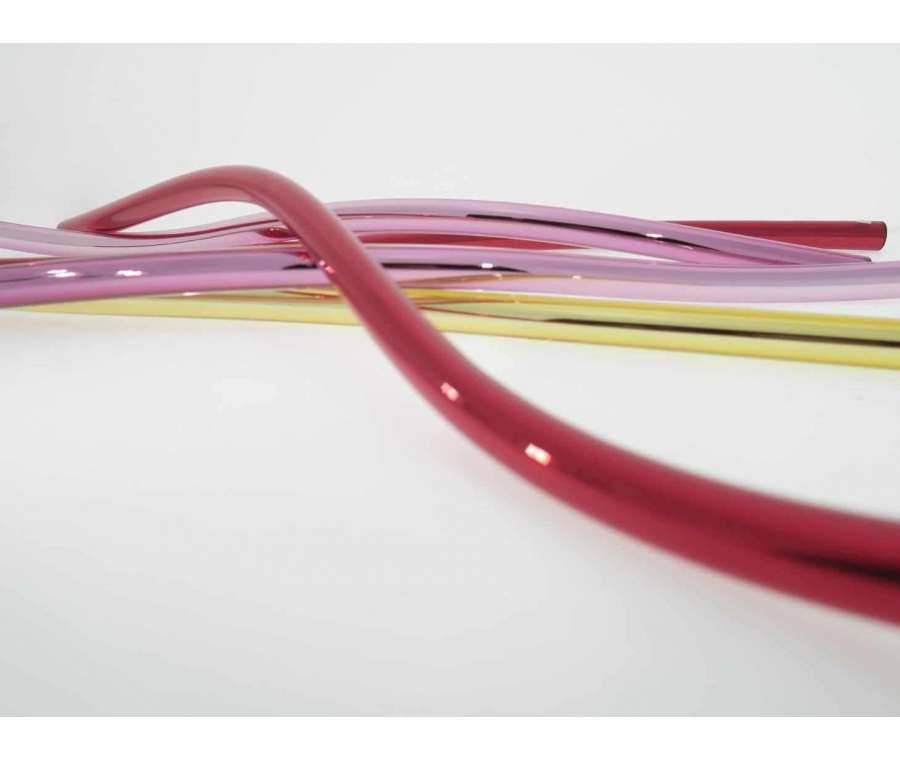 The Hanukkiah, a symbol of the reconsecration of the Temple by Judah Maccabee during his revolt against the ancient Greek empire in 164BC (2,180) years ago, expresses the purity of the Holy Temple. Its strong and pure light was a symbol of the pure faith of the priests in the Temple.

Jews have been lighting the Hanukkiah ever since, in remembrance of that day, and to tie themselves to the time the Temple was still standing, and the priest and Leviites were performing their holy work. As time passed and the Jewish people underwent changes and revolutions, and were scattered throughout the nations, they had to hide their worship of God, and their religious implements, for fear of antagonistic governments.

Since there were clear rules defining Jewish religious implements and everyone knew what a Hanukkiah looked like and how directly related it was to religious ceremony, Jews were forbidden to light it. However, since it is only in the last hundred years that electric lighting made candles and lamps things of the past, every home had candelabras and menorahs for lighting, and nobody could do anything to stop it. The Hanukkiah, which was a symbol of their direct connection to the Temple, was disguised as an ordinary lamp or candelabra.

The Temple menorah had 7 branches, while the hanukkiah has eight, and the shamash (attendant branch). So even though it is different from the Temple's menorah, we, the Jewish people, know that it is a symbol of our direct tie to the Temple and our hope and prayer for it to be rebuilt again. Avi Luvaton, as a traditional Jewish artist, deepened his love and passion for the continuity of the hanukkiah's symbolism, and added to it his own art, to create truly magnificent pieces. Avi Luvaton's hanukkiot are powerful objects which can easily pull the viewer in to a tradition spanning generations, until the day of the dedication of the altar in the next Temple.